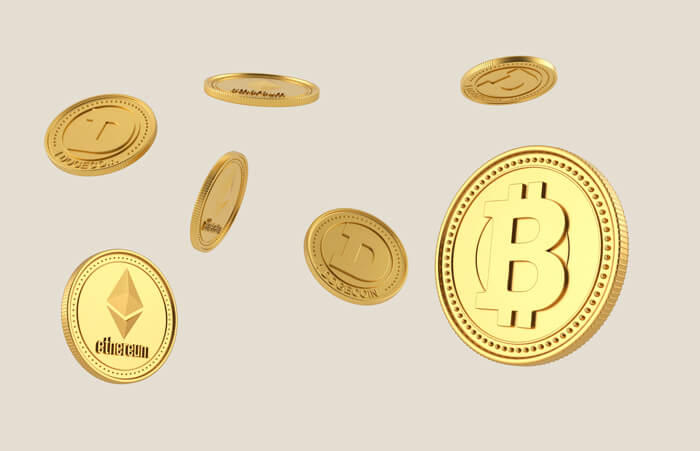 Bitcoin mining can be described as the digital version of resource mining wherein experts create a new bitcoin through computer processes. The digital mining process can generate new currency units and introduce them into the digital marketplace. Sounds interesting? Let's find out more.

What is Bitcoin Mining?

Bitcoin mining is the process of bringing new bitcoins into circulation. It utilizes a complex computing procedure to create a secure cryptographic system. This cryptography generates bitcoin. Besides generating bitcoin, the mining process also facilitates the new transactions and helps maintain the blockchain ledger.

Contrary to the concept of a centralized physical bank, bitcoin serves the purpose of a decentralized ledger. All the transaction records are stored in multiple locations at once. Besides, all the contributors to the network update the transactions accordingly. This record is known as a blockchain. New data blocks have to be added to the existing chain to keep this chain updated.

Miners add new blocks to the chain by solving a complex set of math problems that the blockchain generates. Once done with the given task, the miner is awarded a new bitcoin block, and the entire process repeats. However, the process is more complicated than it seems.

Bitcoin miners take the help of sophisticated mining hardware or mining rigs to do this computation work associated with the mining process. So, very naturally, if you have powerful mining equipment, you have more potential to earn or create more bitcoins.

What Is a Mining Rig?

A mining rig includes all the components of a typical computer system like motherboard, CPU, GPU, RAM, ROM, and power supply. However, advanced miners use more specialized systems to maximize their mining capacity.

The bitcoin mining process takes a painstakingly long time to produce even one unit of new bitcoin. So, the miners have upgraded their mining systems over the years according to the changing mining needs. Now, they use multiple cutting-edge graphic cards to solve more equations more quickly and more efficiently.

As a result, miners demand more energy, a better cooling system, and efficient heat ventilation at their disposal. It, in turn, results in the increased cost of the mining process. Miners can also use pre-configured mining hardware like Application-Specific Integrated Circuit miner, which is microprocessors with cooling systems.

If you take the right approach, bitcoin mining can be a potential profit tool. On the other hand, you can also use the mining process to learn about the crypto space. Let's look at why you should mine bitcoin.

The potential of earning profit through bitcoin mining depends on several factors. First, even if a miner becomes successful in the mining process, he might not make a profit considering the costs of the high-end equipment and the ongoing electricity.

Mining systems like Graphics Processing Units (GPU) or Application-Specific Integrated Circuits are the most cost-effective options if you want to mine bitcoin as a solo miner. However, your laptop or desktop can also be used as a piece of mining equipment.

One of the most viable ways to reduce the cost of mining is joining a mining pool. In a mining pool, miners share resources to increase their mining efficiency. However, it would be best to keep in mind that sharing resources also means sharing the profit. So, if you work in a pool, your profit-making potential reduces very naturally.

Bitcoin mining can be a compelling and enjoyable affair for those who love emerging technologies and enjoy spending time with computers. In addition, Crypto enthusiasts find it satisfying to hustle with complex math problems irrespective of the profit margin.

If you are a solo miner, the entire setup process can be a learning process to gain insight into a novel technology like blockchain and cryptocurrencies. On the other hand, if you join a mining pool, you will learn more about the inner world of bitcoin from your fellow miners.

Besides the short-term payouts, mining gives the miners voting rights whenever a change is proposed in the bitcoin network protocol. It means that miners have a say in determining the evolution of the protocol.

When it comes to miners, a miner with 51% or more hashing power obtains a privileged position where he can contribute to rewriting the rules of the bitcoin protocol. However, minority miners or miners with less than 51% hashing power do not have rights.

How Much Does a Miner Earn?

It is a widespread understanding that bitcoin miners earn significant money. However, how much truth does this famous conception hold? In reality, bitcoin is designed to be harder to mine with more miners to the network. As a result, the reward amount gets cut in half for every 210,000 blocks or roughly every four years.

As of January 2022, bitcoin is traded at around $43,000, which means that for 6.25 bitcoins, a miner will get nearly $270,000. However, the bitcoin market is highly volatile, making it difficult for the miners what their payment might be worth.

Meanwhile, with the growing mining difficulty level, miners need to rely on expensive systems for optimal mining outcomes. In fact, Application-Specific Integrated Circuits (ASICs) can cost up to $10,000. On top of that, this advanced hardware consumes a higher amount of electricity. All of these costs will impact the profit margin of a miner.

How to Start Mining Bitcoin

Mining is the process of creating a valid block in the blockchain network. Despite being a competitive process, starting your journey as a bitcoin miner is relatively easy. Here are all the things you need to know about setting up a mining system.

The first step of starting your mining journey is choosing the proper mining hardware. If you want to get familiarized with the bitcoin mining process, you may start with your old computer system. However, earning profit through mining requires an optimized mining rig. To increase your mining efficiency, you can always buy a Graphics Processing Unit (GPU) or Application-Specific Integrated Circuit (ASIC).

In terms of mining efficiency, GPUs are far behind ASICs. It's because GPUs can mine bitcoins at a languid pace and higher electricity consumption. For instance, the AMD 7970 GPU produced 800 million hashes per second before the rise of ASICs, whereas modern-day ASICs can produce 100 trillion hashes per second.

For mining bitcoin, a miner will also require a stable internet connection of at least 5 Mbps with zero data upload and download restrictions. Even though bitcoin technology demands an internet connection, the main challenge is to meet the hardware requirements.

Once done with the bitcoin mining setup, you have to decide whether you want to mine solo or join a mining pool next. The profitability of both situations will depend on the pool fee. If the pool fee is zero percent, there will be no difference between solo mining and pool mining revenue.

While mining solo, you can expect to mine five bitcoins per day, which means 50 bitcoins per 10 days. However, it will be a completely random venture. For example, you could end up mining two blocks in one day, whereas you could spend weeks without mining a single block.

On the other hand, if you go for pool mining, your pool fee will decrease the amount of your revenue generation. For example, with a 3% pool fee, your payment will be 3% less right off the bat. Additionally, most pools do not take responsibility for transaction fees.

However, pool mining promises your predictable income, unlike solo mining. You will receive payments in regular intervals. At the same time, in a pool, you will get the opportunity of using the tools and other resources of the pool, which can impact your mining capabilities.

Installation and Configuration of Mining Software

CGMiner is one of the most preferred mining software by the miners' community as it is compatible with every platform. Other popular choices are Awesome Miner, BFGMiner, MultiMiner, and Easy Miner. Each of these has its pros and cons, so you must be careful before deciding what suits your purpose.

Set Up Your Bitcoin Wallet

Finally, before starting mining, you must set up a bitcoin wallet. If you already have an existing bitcoin wallet, you can use that to receive your bitcoin rewards. Bitcoins are sent to your designated wallet using a unique address. You must enable two-way authentication to safeguard your bitcoins from potential threats.

Considerations and Limitations of Bitcoin Mining

Like any other thing in this world, there are some limitations and risks associated with bitcoin mining. Here are some of those risks and constraints that you should consider before starting mining.

The bitcoin network has been the center of discussion because of its profound negative impact on our environment. With the soaring popularity of bitcoin, electricity consumption by the network is also on the rise. Moreover, due to the growing difficulty of the bitcoin network, modern equipment is using more electricity than ever.

According to recent estimations by Digiconomist and the University of Cambridge, bitcoin mining uses energy ranging from 75 to 140 terawatt-hours (TWh) annually, equivalent to the energy consumption by entire countries like Pakistan and Netherlands. As per the Cambridge Bitcoin Electricity Consumption Index reports, the energy used for mining will soon reach the level of the annual carbon footprint of Argentina.

The bitcoin network is designed to have a finite supply. It means that only 21 million bitcoin units will ever exist in the network. Once 21 million bitcoins are minted, there will be no new bitcoins, and the miners will only be able to generate income through transactions.

As of November 2021, miners have already mined around 18 million bitcoins. However, considering the growing mining difficulty level, it will take 2140 to finish minting the entire stock of bitcoins.

According to the Internal Revenue Service, bitcoins are assets similar to a property, so miners have to pay taxes on crypto transactions of all kinds. Therefore, every U.S taxpayer must keep track of all types of transactions, including buying, selling, or investing associated with bitcoins for tax purposes, irrespective of the value of the transaction.

Crypto mining is also a taxable event. The tax will be calculated on bitcoin's entire fair market value on the day you mined it, at the regular income tax rate. In addition, if you sell or spend the mined bitcoins at a profit in the future, you would also have to pay capital gains taxes on your profit. However, if you mine bitcoins for business purposes, you could make business deductions on your tax bill for equipment and resources used for mining.

Despite having several issues, bitcoin mining is essential for maintaining the functionality of the bitcoin network. The security and integrity of the blockchain ledger depend on the miners, so does the verification of new blocks of transaction. The volatility of the market and its environmental impact are also a matter of concern for several authorities. Cryptocurrencies still do not have legal recognition in several countries. So, it becomes essential for individuals to understand the ins and outs of mining before kick-starting their mining venture. 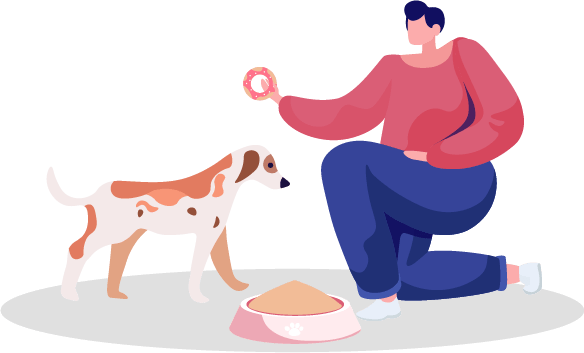 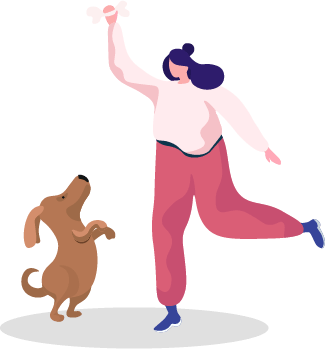